Warning: "continue" targeting switch is equivalent to "break". Did you mean to use "continue 2"? in /homepages/5/d591958472/htdocs/NorthWalesRock/wp-content/plugins/types/vendor/toolset/types/embedded/includes/wpml.php on line 660
 Bottom of Australia | North Wales Climbs 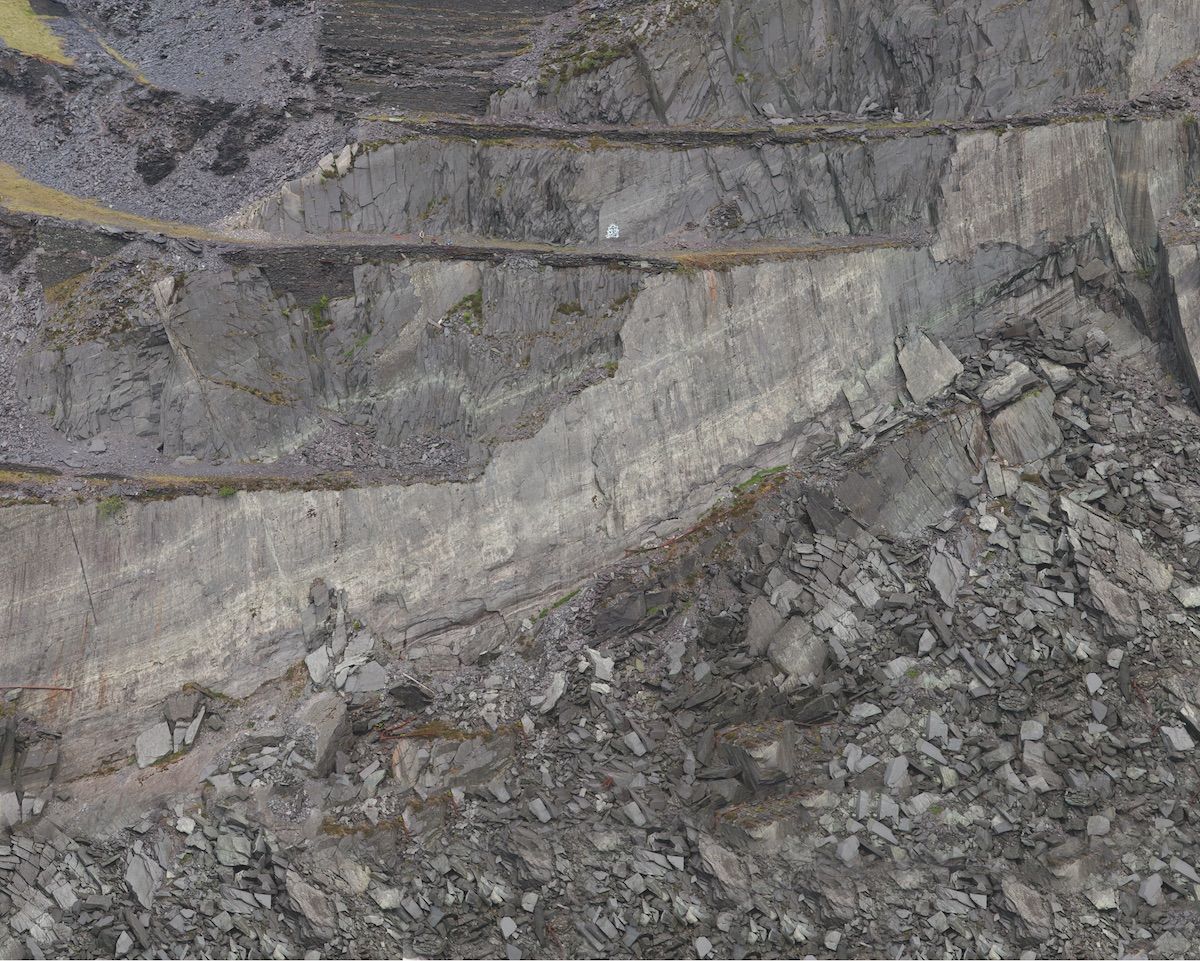 There are several areas down here. All have some interest routes scattered about.

Wall Below the Australia ‘Col’

Walk through the right hand tunnel that starts between the Dali’s Wall and Looning the Tube levels and take the right hand branch about half way along which leads you to the edge of the scree. Walk down (slight path) following the left edge of the scree for about 20 yards and behold a steep slab with a line of about 12 shot/bore holes running up it’s centre, forming the right wall of a V-groove.This is:

Great Bores of Today F7a+ish though prob 7a.. New route. Start by climbing the metal pipe(be gentle), a stiff pull allows one to meander up the lower wall until a hard move left gains access to the line of shot holes . Yard up these with glee to a tricky rockover before the belay.
F.A Jon Ratcliffe 23/07/08 Named by, and in honour of, the Great man himself, the big G, Mr Geoooorge Smith. Originally bolted by George back in the day, not sure which day, possibly a Thursday.

N.B The holes fill up with water after rain but if you take a few rags with you and clean them out first on abseil*, by the time you’ve warmed up/done some other routes elsewhere they’ll be dry enough to climb.
*there is a single access bolt above the route: walk right (facing into the hole) along the lip of Australia for about 30 yards or so from the building on Looning the Tube level, the bolt is a couple of feet above the ‘path’ on the wall. From here you can get to the double lower off(visible) and down to the base. Be carefull not to dilodge slates onto yourself cut your rope.

The Wow Wow E4 6b
“Better, harder and longer than the Mau Mau…”, it takes the obvious rightward diaganal crack 20m or so right of Great Bores of Today . A good rack of cams(00-4) with some double ups may be usefull.

1. 25m~30m 6b- Tackle the crack above the small alcove via some hard moves to a good hold, and continue with sustained difficulties past a breif restbite by a lovely Fern, to good ledge. Above easier climbing remains, albeit with interest as the crack widens, cam 3.5, 4 handy. Double bolt belay a few meters back.

2. 15m~20m 5b- Follow the continuation crack and before it deteriorates head off to good holds on the left wall and follow these to a bolt, a mantelshelf in the groove above, and so to a tree. Belay bolt on boulder 3m back.

F.A Jon Ratcliffe and Steve Franklin 09/06/2009
The route was cleaned on abseil (apart from the start) and led without practice of any sort, except in my mind….

THE AUSTRALIAN E3 5c. . this arete can be approached from the end of the ‘Salt Pans’ level . it is the arete at the very end of the level , now has three bolts! good climbing.( One bolt added lower down and a lower-off placed.10/06).
The Stream of Obscenity. F7a. Bolted route between Kosciusko and the australian.

Below the Salt Pans

Y Rhaffwr F6b+ * 15m New Route. Climbs the clean arete further along from the Narcolepsy Slab. Good quality slate and some great moves make this arete worth seeking out. 5 Resin bolts lead to a lower off. FA Ian Lloyd-Jones and Chris Davies 18/12/09

My Secret Garden. F7a+ new route on pyramid boulder beyond dekophobia block. 9m, 3 bolts. Step off Rodin’s podium onto the initial slab, turn the roof, and pad tenuously up the centre of the upper slab to slap for the summit. FA Mark Dicken, Gruff Owen (both led) 4/5/7

Abattoir Blues E2 5b*.New Route, three bolts to top. Scramble up to the first bolt then climb the arete a cheval, second bolt is a tricky clip, move onto front face above it.
Single Factor E2*. New Bolts one added to help seperate the climbing from Genital Persuasion 10/06 Very bold to clip 2nd bolt.

Genital Persuasion E3*. New Bolts one added to help seperate it from is neighbour 10/06. 4 bolts, third one is wood! Easy to clip now but in a few years you will need a sling to put round it!