Warning: "continue" targeting switch is equivalent to "break". Did you mean to use "continue 2"? in /homepages/5/d591958472/htdocs/NorthWalesRock/wp-content/plugins/types/vendor/toolset/types/embedded/includes/wpml.php on line 660
 California | North Wales Climbs 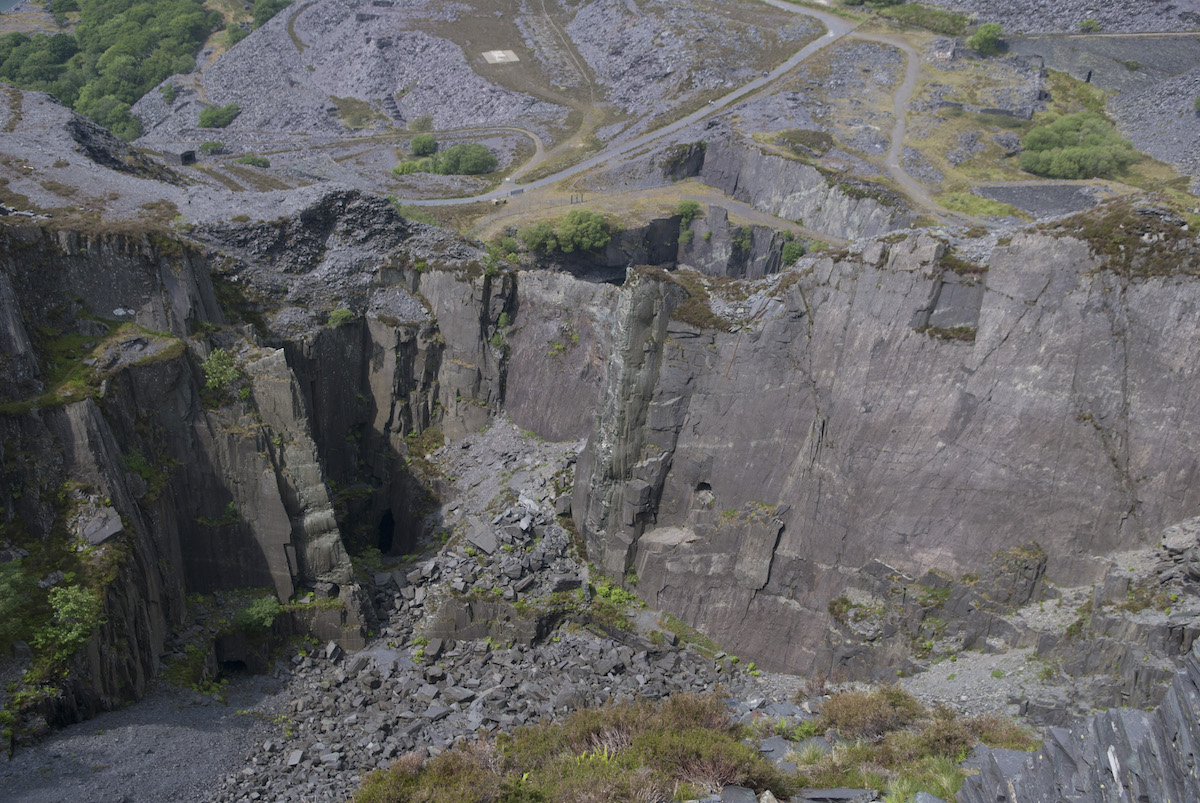 Although only a few routes exist here. Those that there are are among some of the best in the slate quarries. The California Wall is one of the most amazing slabs of rock, whilst We Speak No Americano is a classic 6th grade sport route.

All bolts have been replaced bolt for bolt, as close as possible to the existing placements. There were two bolt belays place over the top of the crag, one at the top of Waves of Inspiration, about 2metres back from the edge near a little gully. The second was on top of Central Sadness and is easily found by finding the slate shed. There is one bolt inside and one outside the hut.

The following route recieve the treatment. All re-equipped 04/07.

Tambourine Man F8a
New route up obvious corner 10m left of California Arete.
F.A: Peter Robins [16.04.07].We no speak Americano! * New Route: Pitch 1 (12m) F5; Pitch 2 (18m) F6a
An atmospheric multi pitch route between ‘A Pair of Six’ and ‘The Tambourine Man’
Pitch 1 climbs a blocky groove which leads up to the grassy ledge above. 4 Bolts + Bolt Belay.
Pitch 2 make a tricky move to leave the ledge before continuing up the imposing line of weakness. Surmounting an awkward bulge provides and entertaining and unique crux. 7 bolts + Lower off.
(Can be climbed as either a multi pitch route or as a single pitch to a lower off with a 60 metre rope)
FA Celt Lloyd-Jones, aged 8 Lead Pitch 1 and Tesni Lloyd-Jones, aged 11 Lead Pitch 2 – 27/08/10A PAIR OF SIX. E3 5c 35m `NEW ROUTE`
A good line, following the crackline about 10m to the right of `Tambourine Man`.Start below the obvious bolt, heading up to the righthand side of the halfway ledge,and a bolt, possible belay if someone wants to lead the easy pitch, then follow the crack all the way passing two more bolts and some wires. Tree belay. abb off `California Arete` chain.
F.A. CHRIS DAVIES, MARK WILLIAMS, IAN LLOYD JONES. 05/06/2010.

Slabs ‘R’ us F7b+ 24m** New Route . Climbs the line of 6 bolts left of Shtimuli. Thin technical slab climbing requiring a combination of thumb holds, sidepulls, tiny footholds, small and sharp crimps, rockovers, fingerlocks and layaways; the correct combination will hopefully lead to the 3rd clip! (the Crux section). Further enjoyable climbing leads to the 5th bolt where a bore hole provides a foothold for further progress up and left to easier ground and the lower off. FA Ian Lloyd-Jones and Sion McGuinness 11/06/10

The California Express F3+
New fun route [10/06/08] linking California with Serengeti. From California bottom, ascend the scree then bear back to the right and walk along a vegitated shelf between two trees, from the top of the slate steps start at the left. “Climb the arete following 4 bolts to mantal finish and twin bolt chained anchor on the shelf above”. (Lower-off sport style or bring up your second and go through the tunnel to the left onto Serengeti – also useful in reverse as an abseil line into California)
FA. H. Gilbert & S. Ratcliffe