Warning: "continue" targeting switch is equivalent to "break". Did you mean to use "continue 2"? in /homepages/5/d591958472/htdocs/NorthWalesRock/wp-content/plugins/types/vendor/toolset/types/embedded/includes/wpml.php on line 660
 The Gorbals | North Wales Climbs 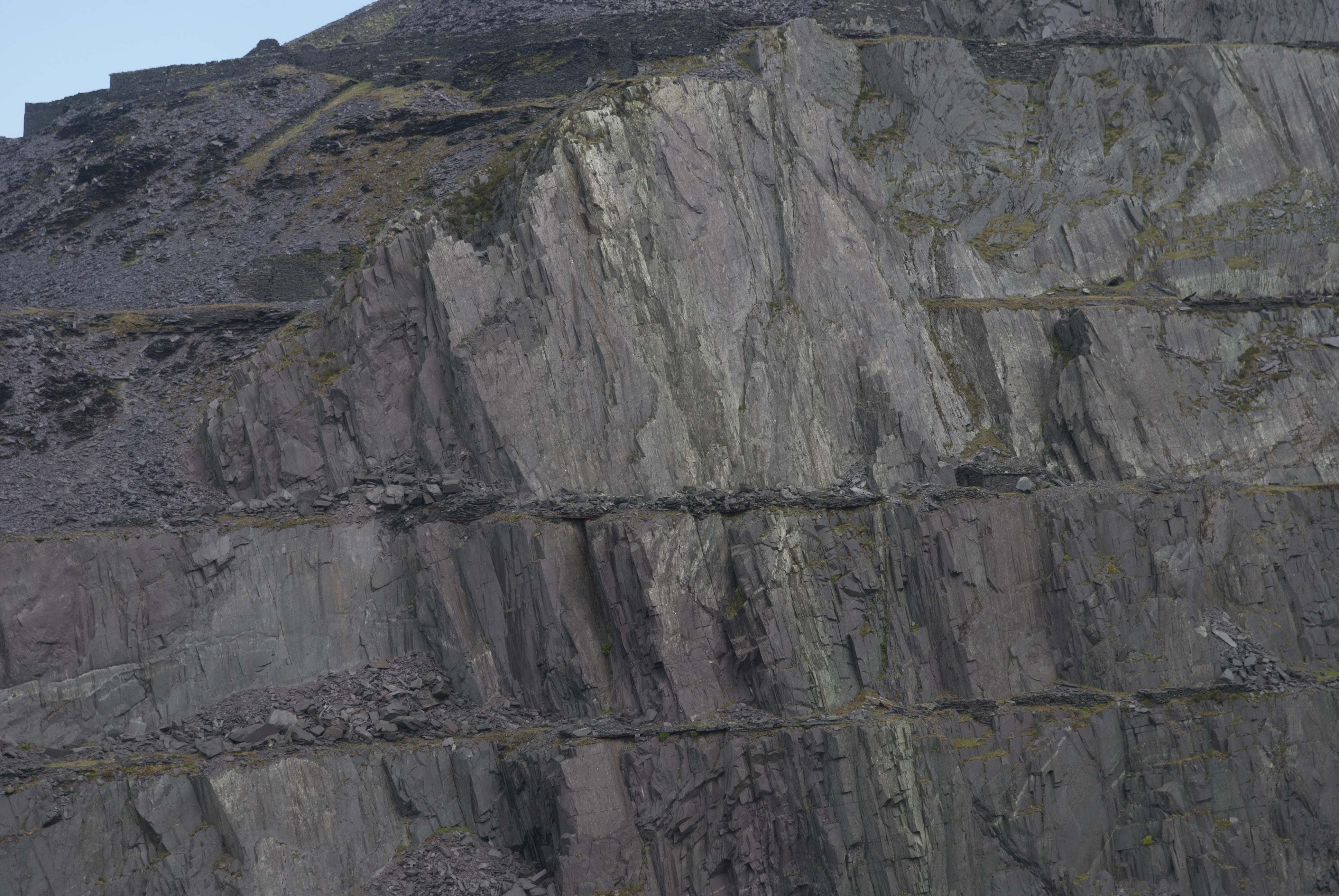 The Gorbals Level offers some good more extreme grade climbing. Whilst the Men at Work slab is cleaner rock, it is the Gorbals Slab that dominates. With See Yer Bruce and The Gorbals being the best routes here. The sports routes surround them are often disappointing, with desperate cruxes not in keeping with the rest of the route.

Mister Blister F7a** 17m New Route. Climbs the line of 4 Bolts to a Lower Off, up the black streak to the right of ‘The Shining’. A thin and technical slab climb with some entertaining rockovers. FA Ian Lloyd-Jones and Chris Davies 10/4/10

Sprint Finish E1/F6a?? Re-equipped/retrobolted (3 bolts top out BB).
As Yet Unnamed F5b. The right hand side of the slab past 3 bolts (top out BB).
See You Bruce E3. New Bolts one below the first to protect the starting moves on loose rock and one above the last to protect the last moves and lower off. 10/06
Glasgow Kiss F7b+ ** 30m New Route. Climbs the line of 11 bolts left of ‘The Gorbals’. A big slab climb with thin, sustained and sequency climbing by the top 4 bolts. FA Ian Lloyd-Jones and Sion McGuinness

Gorbals E4. New bolts the first bolt was lowered and the RURP replaced with a higher bolt, another bolt was added below as the rock is friable, and although there is gear it is all behind loose flakes, another bolt may well be added to the start because the gear was poorer than initialy thought when it was re-equipped and Lower off. 10/06

Slabaholics AnonymousF7a+** 27m New Route. The central line on the Gorbals Slab. A good slab climb with a thin, (think finger nails) crux at the top. 8 bolts protect to a lower off. FA Ian Lloyd-Jones 6/6/11

Slabology F6c 25m New Route. Climbs the line of 7 bolts (to a lower off) to the right of ‘Black Daisies for the Bride’ on the right handside of the Gorbals slab. A route for the slabaholics who enjoy the art of rockovers! FA Ian Lloyd-Jones and Sam Beesley 11/3/10