Warning: "continue" targeting switch is equivalent to "break". Did you mean to use "continue 2"? in /homepages/5/d591958472/htdocs/NorthWalesRock/wp-content/plugins/types/vendor/toolset/types/embedded/includes/wpml.php on line 660
 Mordor and Lost Worlds | North Wales Climbs 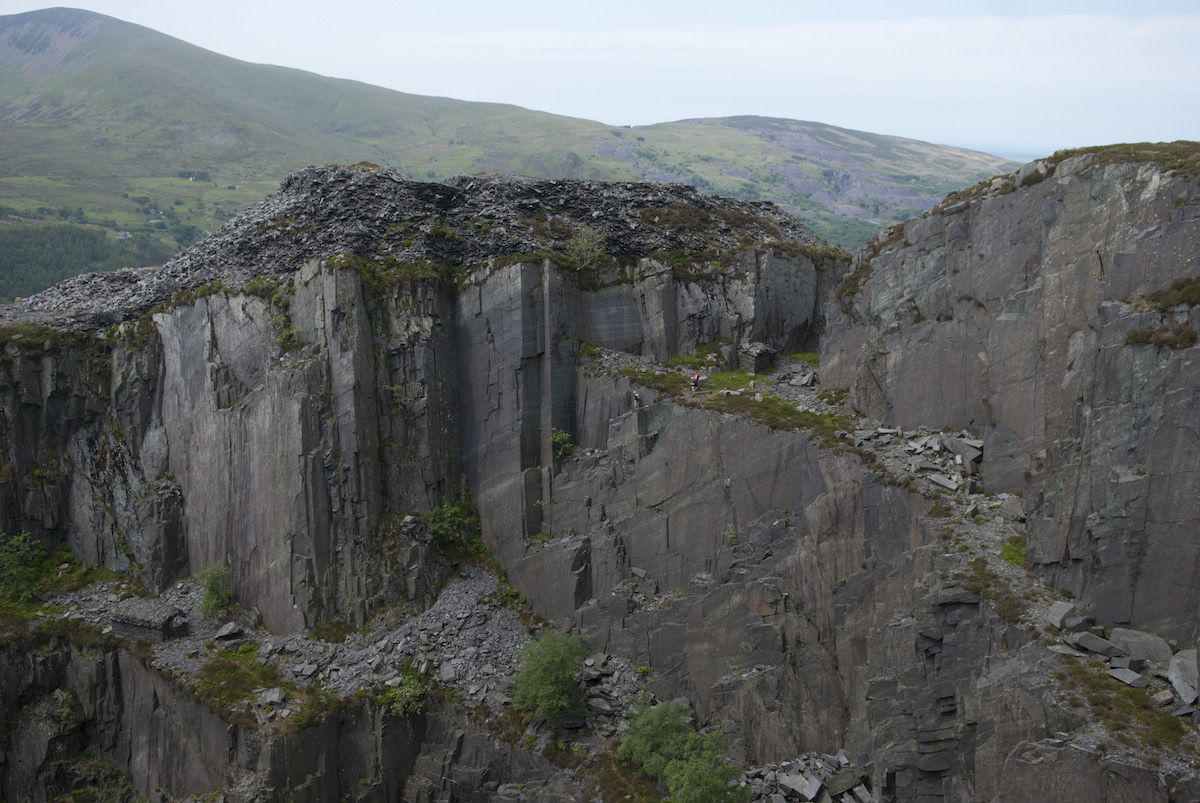 It is hoped that routes like Prometheus Unbound, The Wall Within and Heaven Walls will get re-equipped at some point.

This last great feature of the Lost Worlds was climbed by James McHaffie, Alex Mason and Mark Reeves. It very quick fell down and took most of the side of the Mordor with it!

Khyber Pass
XXXposure F6a+ / 6b? New Route, the short arete left of Dragon Slayer 3 Bolts + lower off. An exposed and photogenic little route high above the void of Twll Mawr…FA I Lloyd-Jones and P Targett (Both Led) 6 / 7 / 07

The Approach tunnel to Bonza crack has dropped its roof inside, This means Bonza is now only accessible be abseil and maybe destablised. As might the outer edge of Kyber Pass

A massive rock fall has occurred left of The Coolidge Effect, it has cause a lot of damage but most routes are still climbable.

Saruman F7a ** 30m
Climbs a natural line of grooves and flakes on the left hand side of the Sauron Slab, 11 bolts protect to a lower off + a bolt belay on the ledge above. Great crux on the arete of a square cut groove by the 9th bolt. FA Ian Lloyd-Jones and Sion McGuinness 5/5/11

Dinorwig Unconqerable – new bolt belay, you now have the option of lowering off.
The Long and Winding Road – new bolts, extra one to protect the ‘turbo glide’ as lassoing the peg prooved un-popular (!) and the peg is poor now, I’ve left it in though cos it’ll add a bit charachter as you ascend, there is scope for the odd small wire placement too.

Pain Killer – have replaced the belay bolts and cleaned up the route again, the bolts will need maillons and the route will need another brush when it’s dried out. MR 1/3/09
The Black Gates E1 5b ** 27m
The tripartite crack system on the face to the left of Pain Killer. Start 2m left of the corner next to a large block, climb leftwards on hand jams to reach good holds and the base of the three large cracks. Ascend the cracks using a variety of jamming techniques to a lower off. NB – many cams necessary including larger sizes (BD 4,5&6), cams skid as most of the cracks are flared. Enjoy!
James Taylor and Andrew Cherry 20/7/2014.