Warning: "continue" targeting switch is equivalent to "break". Did you mean to use "continue 2"? in /homepages/5/d591958472/htdocs/NorthWalesRock/wp-content/plugins/types/vendor/toolset/types/embedded/includes/wpml.php on line 660
 Looning The Tube | North Wales Climbs 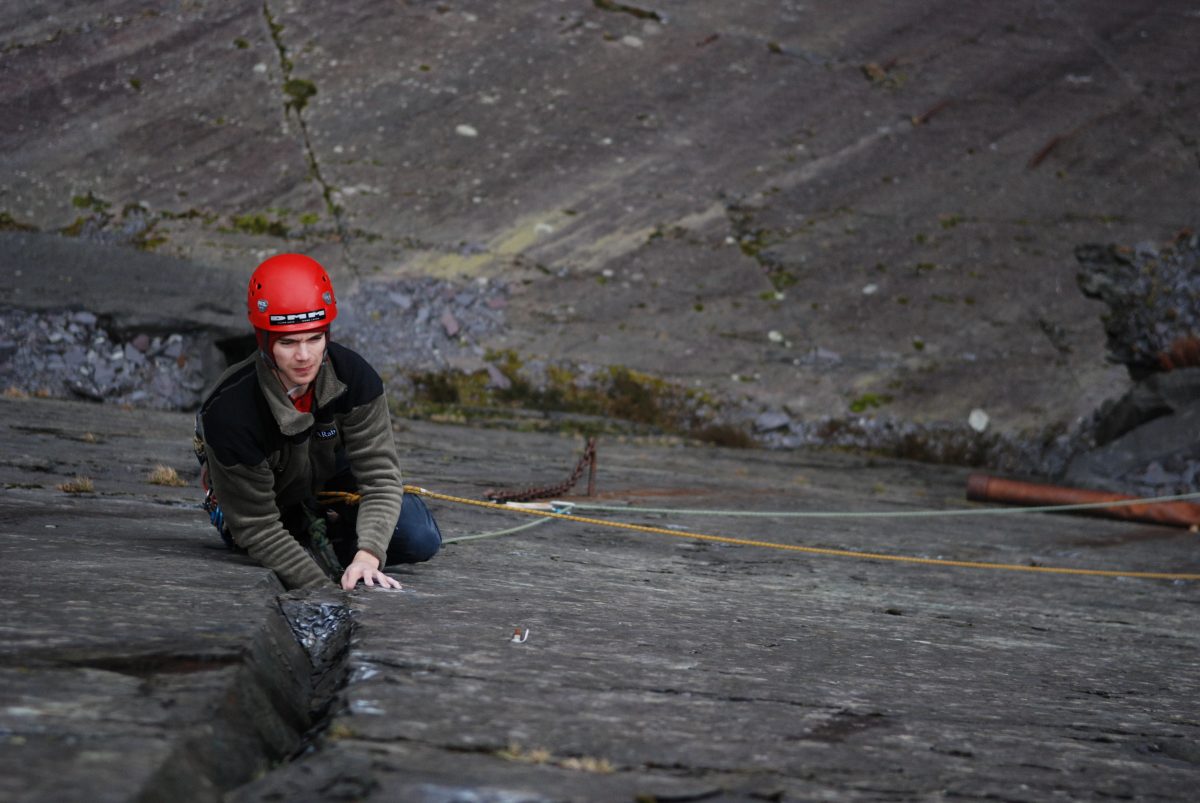 A popular area with a good mix of sport/trad climbing. The area has seen a lot of re-equipping, new routes and general spring clean in the last few years. Many people convert an ascent if Looning The Tube for their first E1.

Afterburner V5
Just before the scree slope leading to the looning level are two tunnels. This climbs the left wall of the right hand tunnel starting just in from the entrance. Move up to a bore hole and traverse right via pinches edges and shots to finish about twenty feet in at a mono bore hole in the roof. plug in a finger to finish.
FA Phil Targett 12/Nov/2011

Top bolt shared by Puddy Kat and Just for Fun is suspect – I could wiggle the stud with considerable movement. It can be backed up with medium/large cams in the crack on the right, but the bolt shouldn’t be trusted on its own. Also quite a few very suspect/loose holds on Puddy Kat. (Si Panton – 12/04/2010)

Just for Fun E2*.
New bolts one replacing a peg and Lower off. 09/06
The Burning E3. (More like Fr 6b/+)
Very popular line to right of tunnel up obvious bolt ladder up a leftward leaning corner to belay rings set well back from top edge (lowering off not recommended). Good climbing!
New Bolts and Lower off. 06
The Deceptive Dyke F5+*. New Route
Left of NE Spur. new bolts and lower off. 09/06 I agree with the star, this is worth climbing – it’s unusual as greenstone and quartzite make it unlike other slate routes
1066 F6b. New route
Right of Deceptive Dyke. 3 bolts to lower off. sustained. P. Targett. T. Hughes 27/08 Does this climb the groove just to the right of the previous route? This felt to be the obvious line when climbed yet the bolting suggested trying to climb the wall to the right more directly?? (Route climbs the wall to the right of the groove direct and has a couple of thin moves. Lower off needs replacing but it is easy to top out and belay at the top on bolts above the burning)
Loony Tunes E3 5c.
New lower off, existing bolts are stainless steel.

Sad Man Who’s Sane VS 4c.
Climb the slab just right of Gadaffi Duck moving occassionally left to the arete. Cleaning up with ascents Lower-off bolt has a loose nut. New Lower off 2013.

Maximum Tariff **6b. New route.
Quality reachy climbing taking the obvious crack passing 4 bolts to a lower off.
P. Targett. I Lloyd-Jones. P. Walley. 07/09/07
(you can top rope Buffolo Smashed in Head Jump off the lower off from this route but, it’s a lot harder than the guide books E2 5c would suggest, very poorly protected 6a I thought MR)

Dried mouth sesame seed HVS5a
benefits from two bolts and a lower off. loose block trundled.06/08
Technical hamster 6c New route.
Boulder problem arete right of dried mouth sesame seed. 2 bolts and lower off. Lower off bolt replaced today with ring bolt 2/3/08 (technical hamsters will climb the arete direct on the left hand side!!).
P Targett and T Hughes 06/08/07
Technical Hamster Dance HVS 4b
Arete direct on right hand side, feel free to retrobolt.
Erict 24/8/07Swan Hunter E4 6b
Arete to the left of `Goose Creature`
Goose Creature E3 6a.
Re-bolted. 09/06 good bolting and good climbing! (low in grade MR)
Menai Vice E4 6c or 6b (debate!!!).
Re-bolted one bolt added just below the top to protect the top out. 09/06
Hysterectomy E5 5c
A bold lead up the wall to the right of M/Vice, one skyhook protects!!
Looning The Tube E1 5b
Traverse above the pipe to the rusty spike, then climb the crack. New bolt low down, old bolt in top crack remains. (probably VS MR)
BISE-MON-CUL E2 5C***
Superb direct start to ‘Looning The Tube’.
Access lower Australia via ‘The Tunnel of Love’, ( situated at the foot of the rock face at the level above Dali’s hole – known as ‘Dali’s Wall’). Scramble up the scree
below the huge, easy-angled ramp.
Make a move leftwards past a big block to a bolt belay and stance.
Now climb the slab below Looning The Tube passing 3 B.R’S. At the 2nd bolt the slab steepens and thin moves below and after the 3rd bolt (crux) leads one the
foot of the ‘Looning Crack’. Protect using the metal chain, Friend 2 1/2 and original bolt.
This is a superb 25 metres sustained pitch which now very much supercedes the original route without losing any of its character.
F.A. Jim Kelly / John Redhead 27/03/2010.

Zzzooming The Tube E3 6a New route.
Start as for Looning the Tube to the spike, traverse right and make a commiting move up to clip the 1st bolt, pass a 2nd bolt to a lower off left of the tree (note: when lowering off aim for the Tube (easy) FA – I Lloyd-Jones and T Hughes 21/08/07
I cleaned this route today pulling off at least 6 loose flakes including the loose one by the crux. It is now very solid!!The crux is still 6a (though a little harder) and the rest of the route is now slightly easier than on the 1st Ascent. We then re climbed it….I Lloyd-Jones and P Targett 8/10/07

Traverse as for pruning the tube and then carry on in the same line passing first one bolt on the right before traverse to another just below the top. Climb up from here to the next level. Much better and safer than pruning the tube or looning the tube.Mark Reeves and Llion Morris (some time in 2010)

**** LES CLOTURES” * (F5B+)
Climbs the well-cleaned slab right of the Looning the Tube routes and left of the unstable pillar. 5 B.R’s protect with twin bolt lower off.. Access via an abseil from 2 bolts at the foot of “Steps of Glory” (F5) on the tier above (2nd rope reqd.) or, via the Tunnel of Love. A good route and should prove popular. Opens up possibilities further right on this section of slab.F.A: Jim/ Julia Kelly, John Redhead. 31-05-2010.
A SELFISH ACT OF LOONACY E3 6a **
Climb the slab as for **** Les Clotures to the 3rd bolt on that route.
Here, make a delicate traverse right (bolt) to small edges on the slab.
Now make a seties of committing technical crimps up the steep slab above (bolt).
A worrying move to gain the lower off adds a sting in the tail !!
Yet another good addition to this previously neglected area of slab.
F.A. Jim Kelly / John Redhead 16.06.2010

Climb the steep area of slab just right of the fallen block/pillar in the centre of the main slab. 5BR’s protect to a twin bolt lower off. Well cleaned and quite sustained climbing for its grade. A good addition. F.A. Jim Kelly & Julia Kelly 10.10.10.