Warning: "continue" targeting switch is equivalent to "break". Did you mean to use "continue 2"? in /homepages/5/d591958472/htdocs/NorthWalesRock/wp-content/plugins/types/vendor/toolset/types/embedded/includes/wpml.php on line 660
 Fruitbat Level | North Wales Climbs 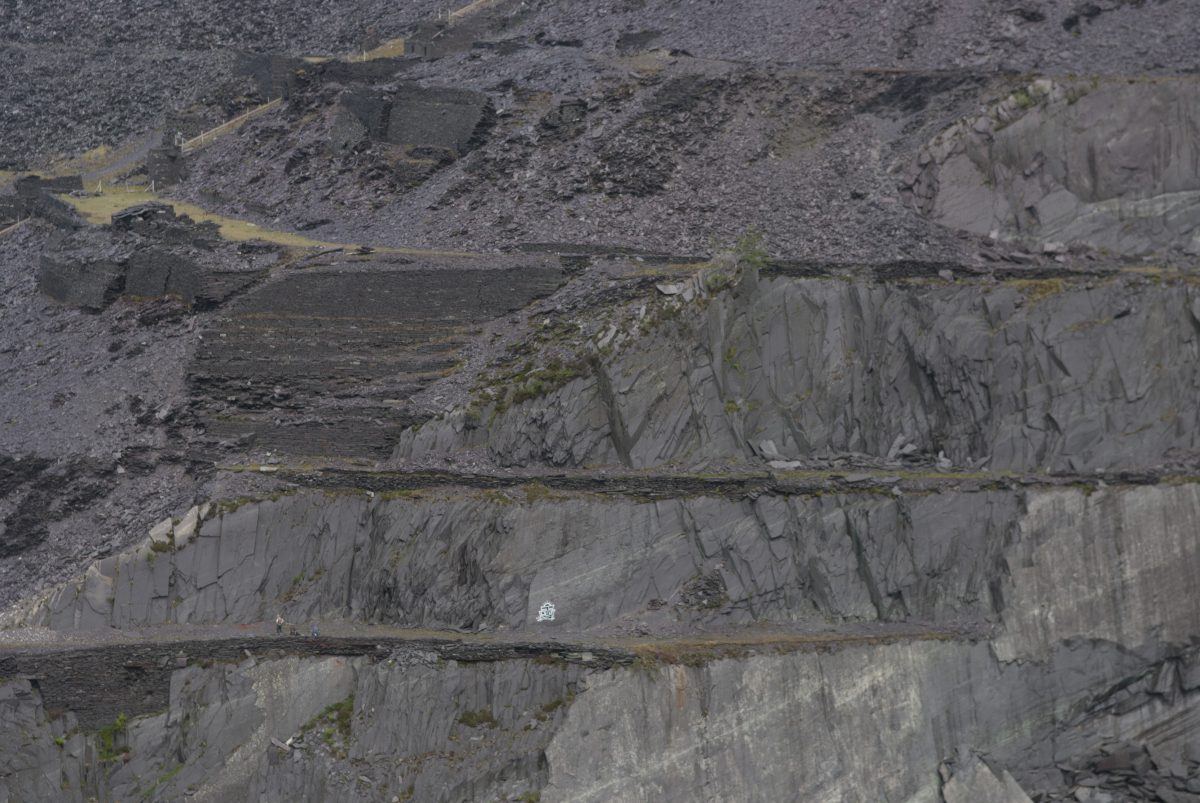 A  rather forgotten level, although it has been explored recently the routes are somewhat disappointing. Although MIL Arete is a good if bold offering. There is also a good pitch which is part of The Grand Day Out, a multi pitch excursion from the bottom of the rail track slab.

Eric the Friutbat E2 5c bolt replaced with resin anchor. old bolt and duff stainless still in situ., feel free to tidy it up, loose rock also removed, there’s lots of poor cam placements upto the bolt, which may be lasso-able. 10/07M.i.l Arete E1 5b
The obvious arete further along the level, with a big droopy bar in the upper arete, steady as you go!
Phil Targett, Chris Davies, 1989.

Genevive E2 5c
Further along again , after the tube step, a buttress narrows the path, obvious groove with a peg in.

Pontiac Arete VS 4c
Just around the corner again, you`ll see a crack in the greenstone area of the buttress,looks good!

Stretched Limo E2 5c
Clean looking groove to the right of previous route, with a peg,again it looks good!

Takes the obvious steep tower passing 4 bolts to a lower off. A reachy start leads right to a text book slate move, followed by either a difficult stretch back left into the flake or straight up . Trust the smears and make a move to the top of the flake and up to the lower off. Tricky for shorties, easy for the tall?
Nic Sharpe, Geraint Jones 20/9/10

20 metres further along this level you`ll come across a smooth steep wall,
it has two bolted sport routes on it.

Slatebite 7a **, 15m NEW ROUTE!!
The left hand bolted line, 4 bolts. start up the groove, then make awkward move right to the tall pocket, into this then make another hard move up to the fourth bolt and then the double lower off .
Chris Davies, unseconded. 06/02/2010.

p.s. carefull with the lower off at the mo, it is solid, but it needs a longer chain on it, as the rope rubs over some rough slate when lowering off, extend it for the top rope, or ab off. will put longer chain on soon as i can!

PROJECT – bolted line to the right of slatebite. will get it done just as soon as i`m able to work out how to reach the bloody holds on the crux move , and then link it all together.
cheers, chris davies.